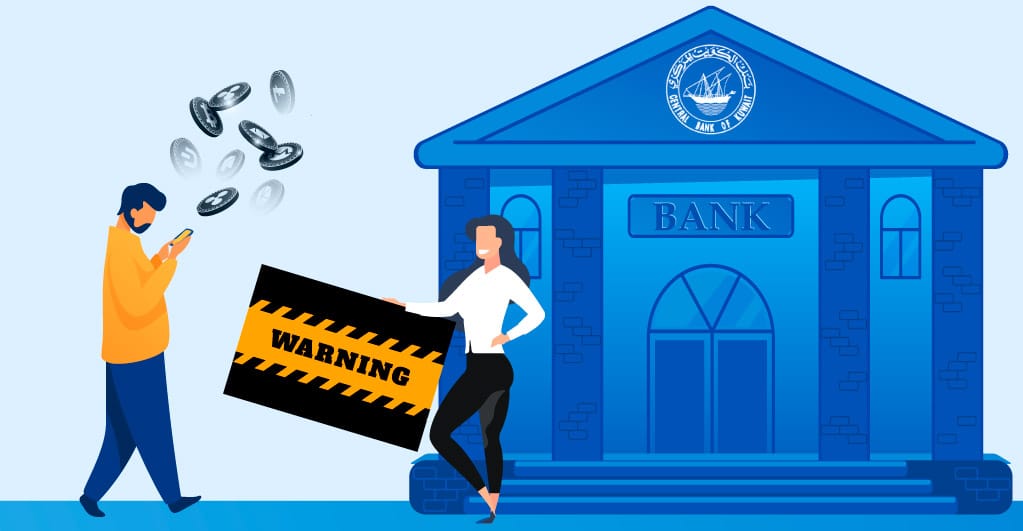 Hailing as the top-tier financial and banking institute, the Central Bank of Kuwait has revealed its skeptical view towards the fast-evolving crypto industry. An official statement released by the bank stated that virtual currencies involve high risks and are likely to hamper the global financial sector’s growth. The statement highlights the multiple threats associated with the use of cryptocurrencies as a potent method for executing financial trades.

According to the report, the regulating bank has warned the native citizens against investments in digital currencies by citing that these assets are not real. They are not duly regulated by the government authorities and so provide less security to the investors. These steps were taken as part of the Diraya Campaign or the “Be Aware Campaign” operated by the apex bank to create awareness among citizens. The drive was co-supported by the Kuwait Banking Association and all local banking institutes of the state.

The CBK advocated using real currency as it comes with the guarantee of a financial body and works as an indicator of state sovereignty. Sensing the increase in popularity of digital assets, the bank issued its statement to warn the investors about the deficiencies existing in the crypto sphere. The institute is concerned about the negative impact virtual assets can inflict upon the sector. Heavy fluctuations in the price of Bitcoin, Ethereum, etc., have been cited in the statement.

As cryptocurrencies allow users to transact without revealing their identity, the CBK fears that they can be used for executing transactions that do not fall within the regulatory structure. Such assets can be employed for illicit transactions and money laundering. The report added that digital currency could be easily transferred through wallets that are hard to control and susceptible to attacks by hackers. The financial watchdog, along with other banking channels, is making dedicated efforts to warn the customers and make them aware of the risks associated with virtual currencies.

The crypto industry has witnessed a mixed response from different countries in terms of adoption and usage. While some countries have been skeptical, others have welcomed digital currencies quickly. Recently, the Dubai Multi Commodities Centre has launched the DMCC Crypto Centre dedicated to the blockchain and crypto field. Central banks in countries like China are switching to a native digital currency that will be pegged by the state. The coming years are likely to strengthen the crypto cluster by making it a popular financial vertical for investors.